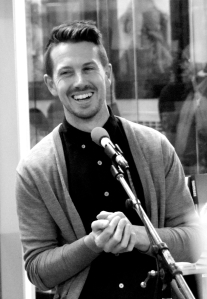 Jared Davidson is an archivist, historian and writer based in Wellington, New Zealand. His work has appeared in The Spinoff, Newsroom, Overland (AUS), History Workshop Journal (UK), Signal (US) and other publications, while his latest book Dead Letters has been longlisted for the Ockham New Zealand Book Award for General Non-Fiction. He is the recipient of the Michael Standish Prize for best archival essay, and a finalist for the Bert Roth Award for Labour History and the NZSA Heritage Book Awards. The co-authored He Whakaputanga – The Declaration of Independence won best secondary resource in education (2018).

Jared is currently working on a new book and the odd article. You can find all of his writing on the bibliography page and keep up-to-date with the latest news and content on Twitter, Instagram or his blog.

In 1843, the New Zealand Company’s Nelson settlement was rocked by the revolt of its working-class emigrants, whose ‘combinations’, petitions, public meetings, strikes, go-slows, work refusal, violence and armed revolt had a significant impact on its development. Yet much of the existing literature simply lists the men as ‘labourers’ – a faceless mass whose collective agency is inferred but given little political weight, or dismissed as relatively peaceful.

‘A History of a Riot: Class, Popular Protest and Violence in Early Colonial Nelson’ names the 70-odd gang-men at the heart of the revolt for the first time, tracing their backgrounds, their traditions of popular protest and the gendered labour of making shift that supported their struggle. It illustrates how ordinary, working-class people forever altered capitalist and property relations in Nelson, and highlights the role of class, violence and protest in colonial New Zealand.

Click below to find out more about this latest work and to view a full bibliography of Jared’s books, articles and public talks.

In 1918, from deep within the West Coast bush, a miner on the run from the military wrote a letter to his sweetheart. Two months later he was in jail. Like millions of others, his letter had been steamed open by a team of censors shrouded in secrecy. Using their confiscated mail as a starting point, Dead Letters: Censorship and subversion in New Zealand 1914–1920 reveals the remarkable stories of people caught in the web of wartime surveillance.

Among them was a feisty German-born socialist, a Norwegian watersider, an affectionate Irish nationalist, a love-struck miner, an aspiring Maxim Gorky, a cross-dressing doctor, a nameless rural labourer, an avid letter writer with a hatred of war, and two mystical dairy farmers with a poetic bent. Military censorship within New Zealand meant that their letters were stopped, confiscated and filed away, sealed and unread for over 100 years. Until now.

Intimate and engaging, this dramatic narrative weaves together the personal and political, bringing to light the reality of wartime censorship. In an age of growing state power, new forms of surveillance and control, and fragility of the right to privacy, Dead Letters is a startling reminder that we have been here before.

Sewing Freedom is the first in-depth study of anarchism in New Zealand during the turbulent years of the early-20th century—a time of wildcat strikes, industrial warfare, and a radical working class counter-culture. Interweaving biography, cultural history, and an array of archival sources, this engaging account unravels the anarchist-cum-bomber stereotype by piecing together the life of Philip Josephs—a Latvian-born Jewish tailor, antimilitarist, and founder of the Wellington Freedom Group. Anarchists like Josephs not only existed in the ‘Workingman’s Paradise’ that was New Zealand, but were a lively part of its labour movement and the class struggle that swept through the country, imparting uncredited influence and ideas. Sewing Freedom places this neglected movement within the global anarchist upsurge, and unearths the colourful activities of New Zealand’s most radical advocates for social and economic change. Includes illustrations by Icky from Justseeds and a foreword by Barry Pateman (Kate Sharpley Library Archivist and Associate Editor at the Emma Goldman Papers). 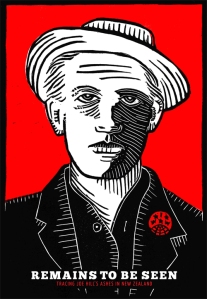 On the eve of his execution in 1915, Joe Hill — radical songwriter, union organiser and member of the Industrial Workers of the World (IWW) — penned one final telegram from his Utah prison cell: “Could you arrange to have my body hauled to the state line to be buried? I don’t want to be found dead in Utah.” Hill’s body was then cremated, his ashes placed into tiny packets and sent to IWW Locals, sympathetic organizations and individuals around the world. Among the nations said to receive Hill’s ashes, New Zealand is listed.

Remains to be Seen traces the ashes of Joe Hill from their distribution in Chicago to wartime New Zealand. Drawing on previously unseen archival material, it examines the persecution of anarchists, socialists and Wobblies in New Zealand during the First World War. It also explores how intense censorship measures — put in place by the National Coalition Government of William Massey and zealously enforced by New Zealand’s Solicitor-General, Sir John Salmond — effectively silenced and suppressed the IWW in New Zealand. Cover illustration by Dylan Miner of Justseeds.